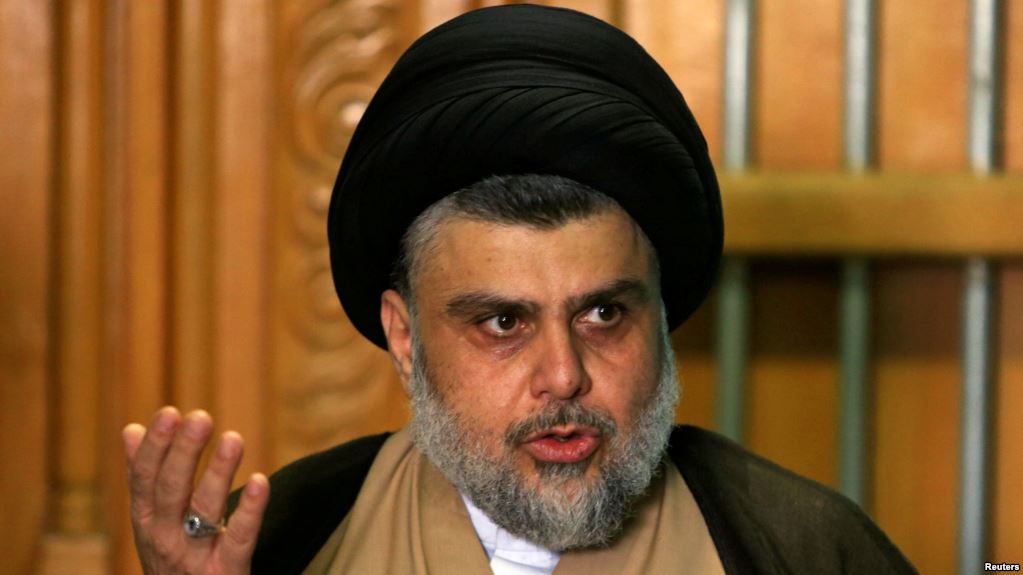 Iraq’s new leader; Shia Cleric Moqtada al-Sadr has called for unity as the country tilts towards a new division after a warehouse where May elections ballots boxes have been stored caught fire on Sunday following a demand by the parliament for a manual recount of votes over fraud allegations.

“It is time to stand up for reconstruction rather than the burning of ballot boxes or a new election for the sake of one or two seats,” Sadr said in a statement.

Sadr, a staunch Iraqi Shia nationalist opposed to the influence of Iran and the United States in Iraq emerged as the country’s new leader after his bloc won May elections beating pro-America and Tehran-backed candidates.

His victory has been challenged. The parliament mandated a manual recount of votes nation-wide following allegations of fraud supported by outgoing Prime Minister Haider al-Abadi.

The tense atmosphere worsened Sunday after a site where the ballot boxes were stored caught fire.

Authorities said the fire was deliberate but did not destroy any ballot box as fire-fighters managed to control it.

Al-Abadi, who finished third in the elections, condemned the fire noting that it was a “plot to harm the nation and its democracy”.

The fire incident has given opportunity to parties which did not do well during the elections to call for a rerun.

As Sadr calls for unity, Iran’s Revolutionary Guards commander Qassem Soleimani, according to The New Arab’s Arabic-language service, landed in capital Bagdad on Sunday for a meeting with Shia political leaders in order to discuss consequences resulting from the fire.

Iran has a strong political influence on Iraq’s politics. The Islamic Republic brought its support to the victory over the Islamic State group in December after it deployed hundreds of military advisors in Iraq.