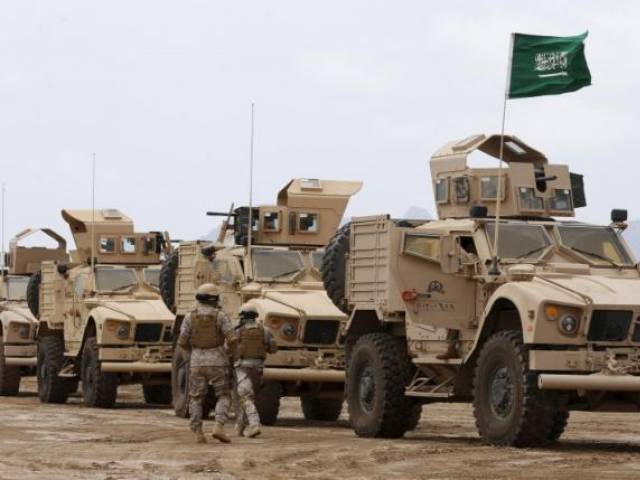 Riyadh has announced the possibility of sending troops to Syria, making it the second battleground the kingdom will be engaged in after Yemen, as the White House is seeking to withdraw from the Middle Eastern war-torn country.

The kingdom has been indirectly involved in the Syrian conflict where it supports the opposition to the regime of President Bashar al-Assad.

President Al-Assad has regained the upper hand thanks to Russia’s decisive intervention in 2015, which halted the progress of the rebels and the Islamic State group.

The announcement comes as US President Donald Trump envisages to withdraw US troops from major parts of North Syria where they have been stationed.

The US President, in his drive to fulfil his election promise ‘America First’, seeks to minimize America’s role in Syria.

Saturday, after the US air strikes on the Syrian army installations, Trump told media that the White House does not intent to keep troops permanently in Syria. 2,000 US forces have been present in Syria.

Already on Friday, he indicated that he hoped to see US Middle East allies playing greater role in Syria.

“We have asked our partners to take greater responsibility for securing their home region, including contributing larger amounts of money,” he was quoted as saying.

Wall Street Journal (WSJ) Tuesday evoked the US plan to have Saudi Arabia, the United Arab Emirates (UAE), Qatar as well as Egypt contributing financially and technically in the creation of a Pan-Arab force that will gradually replace US forces in Syria.

Some US officials however told the daily that a pullout of US force will be devastating to the fight against terror groups in the region.

Saudi Arabia has been tangled in Yemen where it is leading an international coalition fighting Iran-backed Houthi rebels. Unconfirmed reports suggested that the kingdom has been in secret talks with the rebels to bring the conflict to a close.