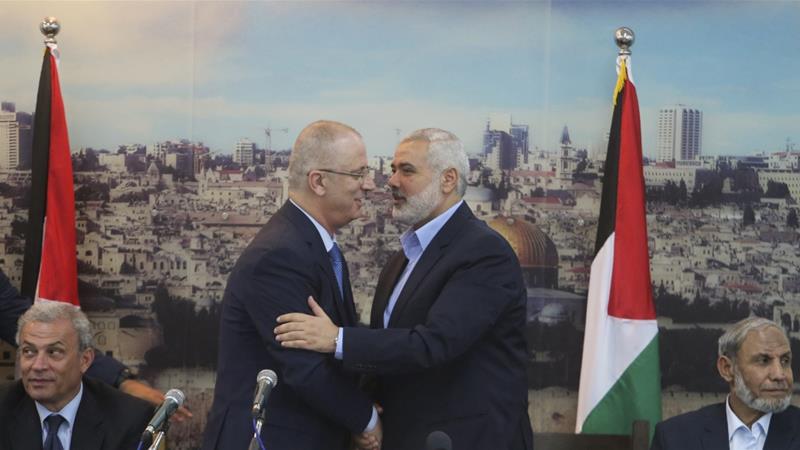 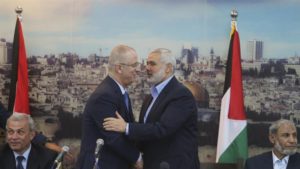 Populations in the Gaza Strip fear for the worst as rivalries between the enclave ruler Hamas and Fatah in the West Bank have resumed, the two sides trading blames following the assassination attempt on Palestinian Prime Minister Rami Hamdallah last Tuesday in Gaza.

Tension between Hamas and its rival in the West Bank, Fatah, which dominates the Palestinian Authority (PA), has mounted with the fear of blowing up last year reconciliation deal signed with the help of Egypt.

An assassination attempt on Hamdallah in Gaza (March 13) occurred when the leader was visiting the enclave for the inauguration of a plant. The attempt reopened wounds between the two sides.

A roadside bomb exploded striking Hamdallah’s convoy. Seven people including six of his guards were wounded.

Hamas condemned the attack arguing it was an attempt to
sabotage reconciliation efforts among Palestinians. The Islamist movement blamed Fatah for using the assassination attempt to launch a media campaign “steeped in hatred and exclusion of Hamas”, Arab News reports.

As both camps trade blames, Palestinians trapped in the enclave of Gaza are worried that the new development could jeopardize efforts by the rivals to re-unite. They also fear that the situation could spiral beyond current economic hardship.

The reconciliation has been dragging foot with few aspects including security control of Gaza still unsolved. Hamas has refused to disarm as requested by President Mahmoud Abbas who said he would not accept any replicate of Lebanon powerful Shia movement Hezbollah in Palestine.