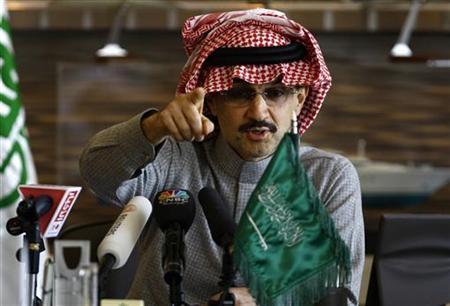 Prince al Waleed bin Talal has announced a donation of more than half a million dollar to a local football club two weeks after his release from detention in royal court headed-crackdown on corruption.

The powerful businessman also posted a picture of himself and his family watching a football match.

Prince al-Waleed, whose fortune is estimated at $17 billion by Forbes magazine, was rounded up last November alongside dozens of other princes, senior officials and business tycoons.

After a three-month detention, most of the detainees have been released after they inked monetary settlement deals with the Attorney General who headed the purge. The Attorney General said authorities had been able to garner over $100 billion from the anti-corruption campaign.