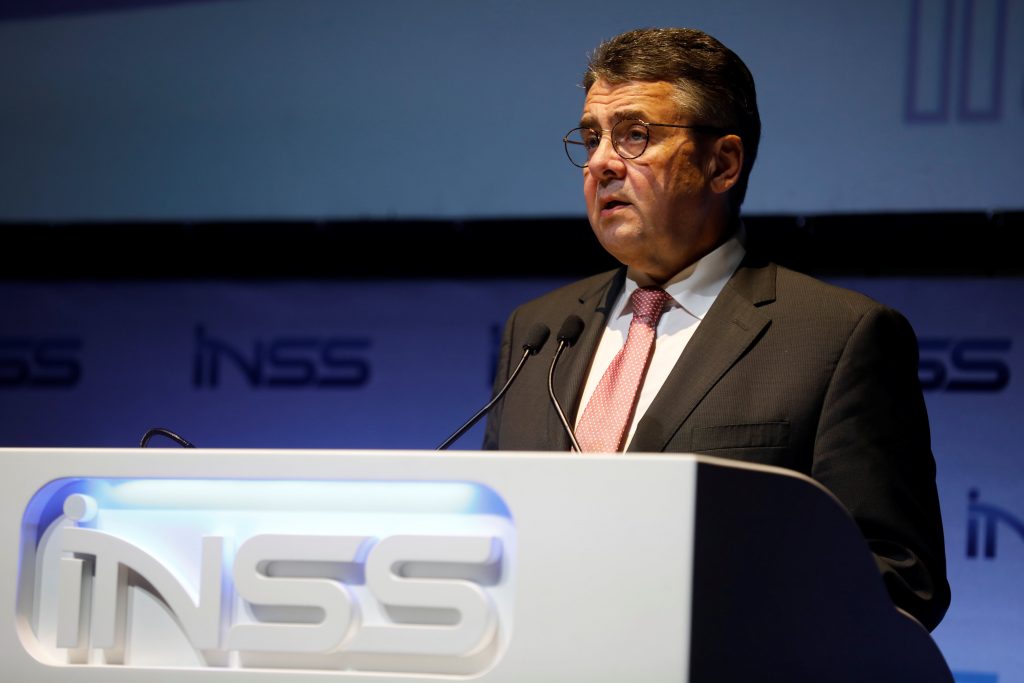 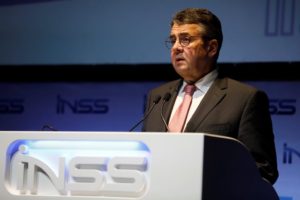 German foreign minister Wednesday in Tel Aviv told Israeli officials that his country will move its embassy to Jerusalem only when Palestinians too will have their state by the side of Israel.

“Germany is looking forward to the day when it will be able to move its embassy in Israel to Jerusalem. But let me add: in two states with Jerusalem as their capital. There is no shortcut here,” Sigmar Gabriel said during an address at the 11th annual Conference of Tel Aviv University’s Institute for National Security Studies.

Israel is looking forward to seeing world countries queuing behind the US, after Trump’s December decision recognizing Jerusalem as capital of the Jewish state and its plans to move the embassy there.

Germany and the European Union criticized Trump’s December decision that they argued contradicts the international law and resolutions of the UN Security Council.

Gabriel also slammed Israel officials who do not spouse the two-state solution.

“Some members of Israel’s cabinet are explicitly against the two-state solution,” he said.

“But the two-state solution has always been the foundation of our engagement for Israeli-Palestinian peace and for the large amount of funding that Germany and Europe make available in support of the situation on the ground.”

He urged Israel to state clearly the path it wants to take in the resolution of the conflict with Palestinians.

“As a friend and close ally, we need to know if Israel is not supporting a negotiated solution to this conflict anymore,” he said.

Palestinians have rejected the US unilateral decision and have turned to the EU, Russia and China to spearhead new talks with Israel. They said the US could no longer broker peace following Trump’s decision that they dismissed as Israel-biased.

Palestinians hope to make the eastern part of Jerusalem the capital of their future state.