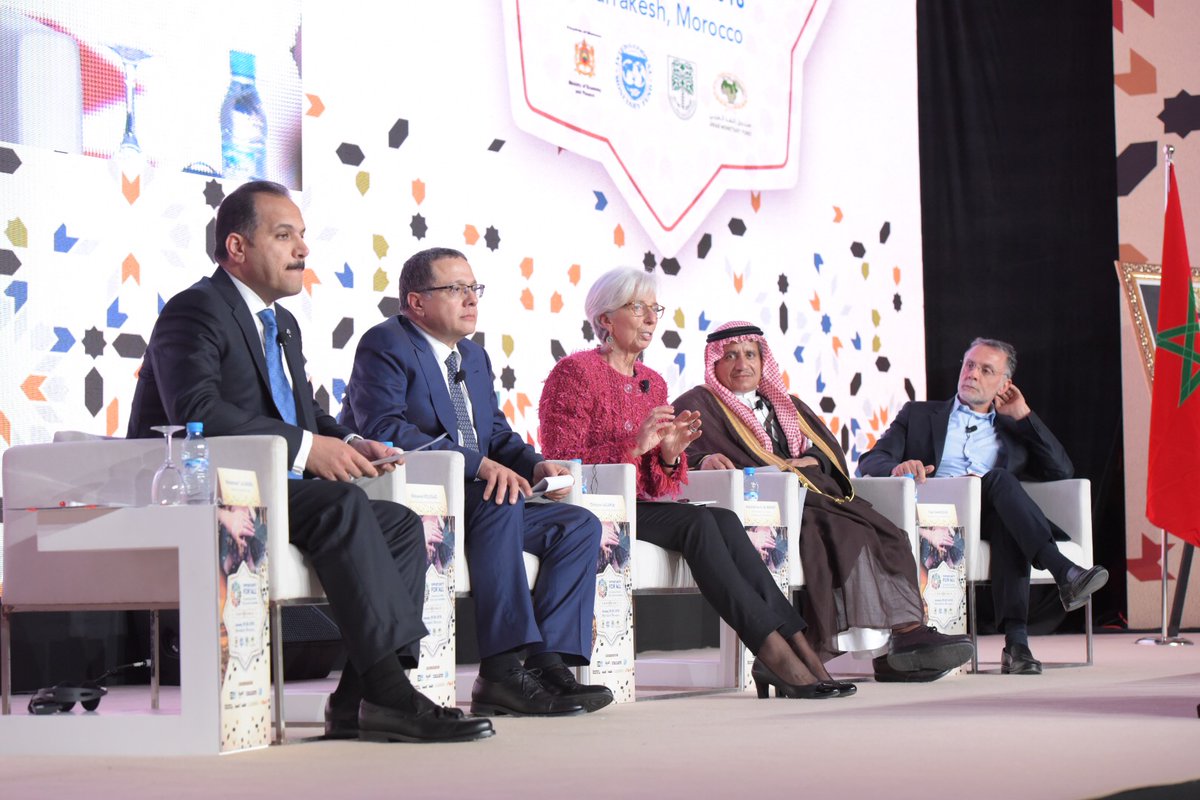 The International Monetary Fund (IFM) has drawn the attention of Arab leaders over the lack of employment for youth that it terms a ‘ticking time bomb’ for the entire region already facing a high rate of youth unemployment.

In her opening remarks at a conference held in Marrakech January 29-31, the director of the multinational institution, Christine Lagarde, alerted the region leaders over the growing number of youth entering the job market, saying 27 million youth will join the job market in the next five years, at the rate of 5.5 million per a year.

The French expert noted that current efforts to create jobs are laudable but are insufficient given the looming threat that analysts fear may become catalyst for another revolution as the one witnessed in several countries, notably Tunisia and Egypt in 2011.

The Arab region is currently the world’s region with lowest employment rate, estimated at 52 per cent.

With 60 per cent of regional people aged lower than 30, Lagarde called for focusing on economy growth rate to meet the need of the youth who are becoming increasingly frustrated.

A survey conducted by the institution noted that 60 per cent of respondents denounced nepotism as a major roadblock for youth access to job.

The 2011 Arab Spring in the region, compounded with slump in oil revenues, has slowed down the economic growth of the majority of Arab countries.

Participants in the conference agreed that the current situation requires urgent and adequate solutions.

The Marrakech conference, organized by the IMF, the Arab Monetary Fund (AMF), the Arab Fund for Social and Economic Development (AFESD) and the Moroccan Government, was held under the topic: “Opportunity for All: Promoting Growth, Jobs, and Inclusiveness in the Arab World”.

The attending high-level policy makers, corporate executives, academics, youth, media and civil society representatives from Arab and foreign countries shared their experiences and ideas on how to create millions of jobs by exploiting new sources and sectors of growth, keeping in mind the priorities set by the IMF, namely fight corruption, create jobs for the young, bring more women into economic life and boost the private sector.

The participants pondered over the elaboration of a four-tier program including the creation of a secure dynamic private sector capable of fast-tracking growth and creating jobs; development of more equitable tax systems; combatting corruption; and endorsing job creation for the underprivileged through economic system.