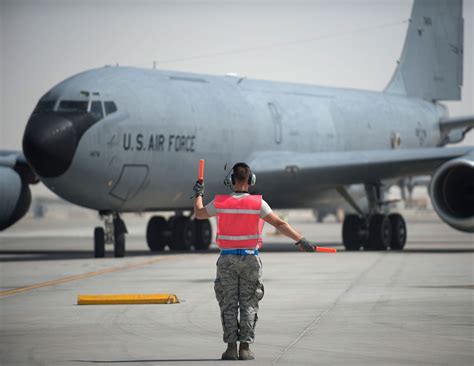 Doha announced Monday from Washington it would expand the US Al Udeid military base despite the Saudi-led league’s request to remove the largest US base in the region and scrap US presence in Qatar, amid the unprecedented seven-month old Gulf crisis.

The announcement was made by visiting Defense Minister Khalid Bin Mohammad Al Attiyah who also revealed the construction of 200 more housing units for officers and their families, Doha based al Jazeera reports.

“It will very soon become a family-oriented place for our American friends there. We want more of the families to be stable and feel more comfortable in their stay,” Attiyah said at an event held by the Heritage Foundation, a US-based think-thank.

The Al Udeid military base is the largest US military station in the region and one of the key US overseas military bases for counter-terrorism operations in the Middle East.

Based to the southwest of capital Doha, the base was moved there in 2003 after the US pulled out from Prince Sultan Air Base in Saudi Arabia.

The base reportedly houses over 11,000 US forces and US-led coalition forces fighting terrorists in Syria, Iraq and Yemen.

Qatar’s announcement for the air base expansion is a blow to Saudi Arabia, United Arab Emirates (UAE), Bahrain and Egypt.

The quartet requested at the outset of the Gulf crisis in June last year that the White House moves the base to a different location.

President Trump at the onset of the crisis sided with the Saudi-led league but later hailed Qatar for its efforts in counter-terrorism. The Pentagon at the beginning of crisis also lauded Qatar cooperation in the fight against terrorism.

The Qatari Defense Minister noted during the Heritage Foundation event that his country is open for dialogue but will not accept preconditions.

The quartet issued a list of 13 conditions including closure of al Jazeera, reduction of diplomatic ties with Iran and suspension of Turkish military buildup in Qatar.

“At the moment, I think the only person who can solve the GCC crisis is President Trump. And I think he can solve it in a phone call,” he said.
“Nobody is benefiting from what is happening in the GCC except for terror groups.”