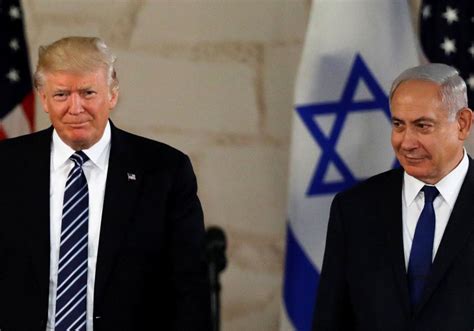 US President Donald Trump Wednesday rebuffed Israeli Prime Minister’s comments that the relocation of the US embassy to Jerusalem as suggested by the US leader could take place before end of 2018.

Trump in an interview with British news agency Reuters said his administration “is not really looking at that”.

”By the end of the year? We’re talking about different scenarios – I mean obviously that would be on a temporary basis. We’re not really looking at that. That’s no,” he said.

Trump on December 6 declared Jerusalem capital of Israel and announced plans to transfer the US mission from Tel Aviv to the holy city, a decision that constituted a shift in the US policy.

Netanyahu on a visit to India Wednesday told Israeli reporters that he is confident the transfer could take place as early as this year.

His office argues that the White House could consider interim measures to move the mission much faster.

“Of course the construction of a new embassy is something that takes years, but the prime minister believes that the US is considering interim measures that could result in an embassy opening much faster,” sources in the Prime Minister’s office said.

US Secretary of state Rex Tillerson last month said the relocation could take up to three years and even longer.

Trump however was adamant about his plans despite nearly global condemnation of his December 6 unilateral decision, which was rejected by vast majority of the UN General Assembly.