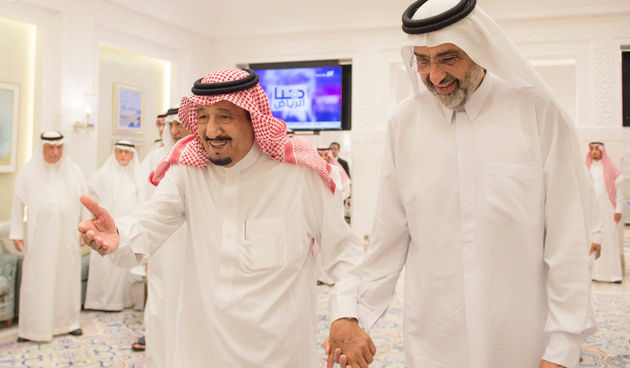 United Arab Emirates (UAE) has denied claims by Qatari royal Sheikh Abdullah bin Ali Al Thani that he ‘has been held in Abu Dhabi against his will’ adding that the member of the Qatari ruling tribe is allowed to leave if he wishes.

The claims of Sheikh Abdullah bin Ali Al Thani, who belongs to the Qatari ruling tribe, in a video recording aired on Doha-based al Jazeera, added fuel to the six-month old Gulf crisis opposing Qatar and its regional neighbors.

“I am a guest of Sheikh Mohammed but it is not hosting now, it is now an imprisonment,” Sheikh Abdullah said in the recording.

“They told me not to leave and I am afraid something will happen to me and they blame Qatar.”

“I just wanted to let you know that Qatar is innocent in this and I am being hosted by Sheikh Mohammed and anything that happens to me after this is under his responsibility.”

The authenticity of the recording could not be verified.

“A trusted source confirmed to me that Sheikh Abdullah bin Ali Al Thani is free to leave the UAE for any destination he chooses and he can leave whenever he likes,” Ali Rashid al-Nuaimi, head of UAE’s Hedayah counter-extremism wrote on Twitter.

Qatar has been at odd with its Gulf neighbors, Saudi Arabia, the UAE, and Bahrain since June after the three countries plus Egypt accused it of supporting terrorism. The four cut off sea, air and ground links with the tiny gas-rich country.

He enjoys close ties with Saudi Arabia where he owns properties. He came under the spotlight after the crisis sparked and was among exiled Qatari figures supported by Saudi Arabia and the UAE who were preparing to establish a government in exile.

The Qatari Foreign Ministry said, via news agency QNA, it was monitoring the situation.

“In principle, the state of Qatar supports maintaining the legal rights of any individual and his family has the right to pursue all legal means to protect his rights,” the Foreign Ministry said in a statement.