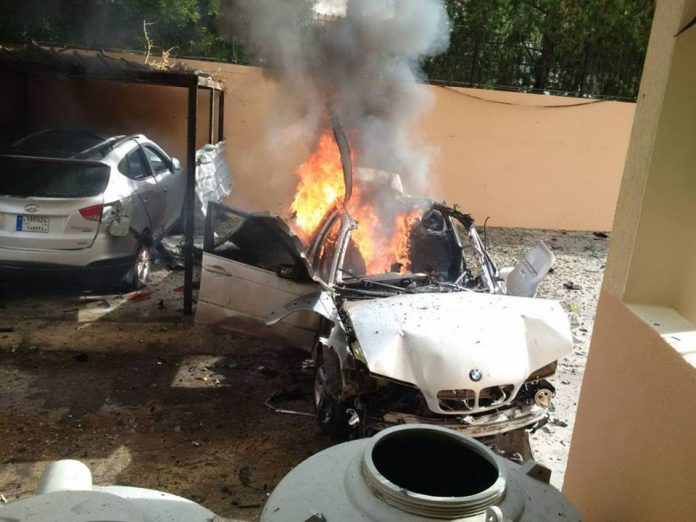 The Israeli intelligence and defense ministries have rejected Hamas accusations that Israel was behind the bomb attack against one of its figures in Lebanon, who had been wounded in a car-bomb blast in the Lebanese city of Sidon.

Mohamed Hamdan, a low key official of the Palestinian Hamas movement living in Lebanon, reportedly sustained slight injuries after his car exploded as he was about to enter the vehicle in the city of Sidon, 25 miles south of capital Beirut.

Hamas, which is ruling Gaza, finger-pointed Israel for the attack.

Intelligence minister Israel Katz, Sunday in an interview with an Israeli radio station, said that Hamdan would have been hit more seriously had Israel been involved in the attack, Times of Israel reports.

“If we’d been involved, this wouldn’t have ended with him lightly wounded,” Katz was quoted as saying.

“Every day in the Middles East there are dozens of explosions that they try and pin on Israel, so let’s not react to this too seriously,” he said.

Tens of thousands of Palestinians live in 12 camps across Lebanon. The most populated camp, Ain al-Hilweh is located near Sidon and is home to over 60,000 Palestinians.

Israel was blamed in 2006 for the death of two members of the Palestinian Islamic Jihad group in the same Sidon neighborhood. The two were killed in a blast after a bomb planted in a car exploded as they were passing by.