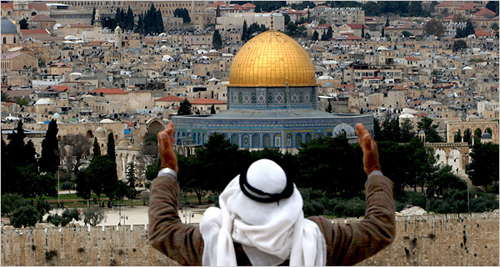 The President of Guatemala announced on Sunday his decision to move their embassy from Tel Aviv to Jerusalem.

he has instructed the country’s ‘chancellor’ to ensure the transfer.

President Trump on December 6 in a statement from the White House declared Jerusalem capital of Israel and announced the transfer of the US mission from Tel Aviv to the Holy City.

The unilateral decision was denounced by a majority of world leaders as violation of the international law defining the city, which is cradle of Islam, Judaism and Christianity.

Palestinians hope to declare the eastern part of the city capital of their future state while Israel claims it to be eternal part of its history.

Nine countries including Guatemala voted against the motion while 32 abstained and 21 refused to take part in the vote.

There are 1,000 Jews living in the Central American country, in a population of 15 million, Times of Israel reports.

One thought on “Jerusalem: Guatemala joins US in moving embassy to Holy City”