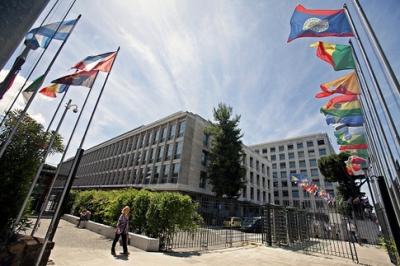 More than 40 million people are suffering hunger in the Near East and North Africa Region (NENA) due to wars and conflicts, said the Food and Agriculture Organization (FAO) in its 2017 report on food security and nutrition in the region.

The report rings the alarm bell as to the repercussions of wars and conflicts on 40.2 million people who are suffering undernourishment and hunger while some 55.2 million are going through severe food insecurity.

According to the report, 27.2% of all people of the war-torn countries in the region faced chronic hunger, or undernourished, during the 2014-16 period, especially in conflict-stricken Syria, Iraq, Yemen and Libya.

The FAO report highlighted peace in this region as the only means to eradicate hunger by 2030, which is one of the UN millennium development goals agreed on by world states.

The report serves as a source of data and information for the massive, nonstop work of the WFP and the UN organizations and focuses on the fundamental factors that have driven improvements in food security and malnutrition, including violence cessation, poverty reduction, economic growth, better maternal and childhood nutrition and public health and higher food quantity and quality.