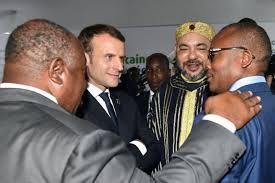 King Mohammed has dispelled several stereotypes and myths, which reduce migrations in images of an influx of people without work and without resources.

In a message to the 5th African Union-European Union Summit in Abidjan, King Mohammed VI, in his quality as leader of the African Union on the Migration Issue, debunked four myths about migration.

In this regards, the King explained that African migration is not mostly intercontinental. It is primarily intra-African as every 4 African migrants out of 5 remain in Africa.

While in Europe extreme right has been warning against a surge of clandestine immigration, King Mohammed VI responded by saying that illegal migration accounts for a mere 20% of international migration.

The King also refuted the claim that migrants impoverish host countries, saying that 85% of migrants’ earnings remain in host countries.

On the same occasion, the King said that he will submit proposals to the African heads of state at the next AU summit in order to chart a real African Agenda on migration.

In this connection, he recalled the foundations that he laid for this Agenda in June 2017 at the African Union’s 29th Summit, noting that this Agenda involves four levels of action: national, regional, continent and international.

He stressed that under the same Agenda, “African countries would shoulder their responsibilities in terms of guaranteeing the rights and dignity of African migrants on their soil, in accordance with their international commitments, thus doing away with the shameful, inhuman practices inherited from a bygone era.”