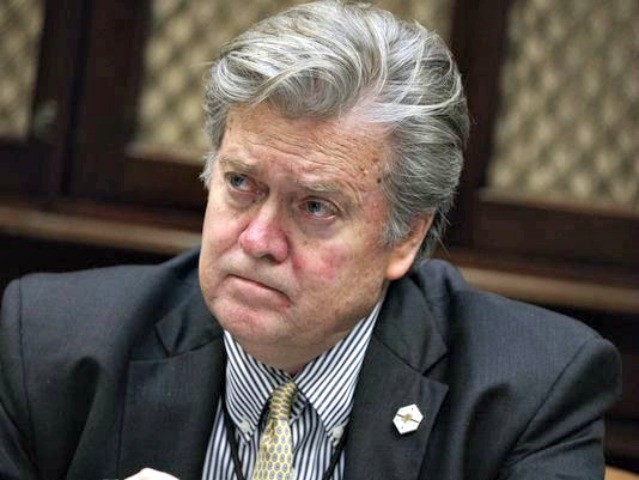 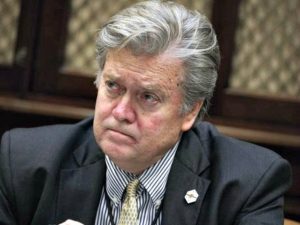 One of US President Donald Trump’s former close advisors, Steve Bannon Monday underlined that the five month-old diplomatic crisis shaking the Gulf region was provoked by President Trump’s visit to the region in May, adding that the political shake-up in Saudi Arabia is also consequence of Trump’s international maiden tour.

Bannon, former White House Chief Strategist, speaking at a conference on “Countering Violent Extremism: Qatar, Iran, and the Muslim Brotherhood” hosted by the Hudson Institute noted that the ‘Gulf crisis is ‘the single most important thing that’s going on right now in the world.’

The crisis erupted few days after President met with Arab leaders in Riyadh in a major conference to mark a revival of strong ties between the Arab world and Washington.

“I don’t think it’s just by happenstance that two weeks after that summit, you saw the blockade by the United Arab Emirates and Bahrain, Egypt and the kingdom of Saudi Arabia on Qatar,” Bannon said.

The former US official noted that President Trump wanted to set records straight with Qatar for its binary stance.

The US has blacklisted the Gaza-based Islamist movement as a terrorist group and the Egyptian Muslim Brotherhood might also fall within that category according to media reports close to US conservative politicians.

“Two weeks ago or three weeks ago there were a thousand clerics that were rounded up or somehow put under house arrest,” he said.

President Trump swiftly at the onset of the Gulf crisis took the Saudi side before backtracking to propose Washington’s mediation to solve the crisis.

Secretary of State Rex Tillerson has toured the region several times to find a common ground but he Sunday in Doha said that the Saudi-led side is not willing to engage in any talks with Qatar.