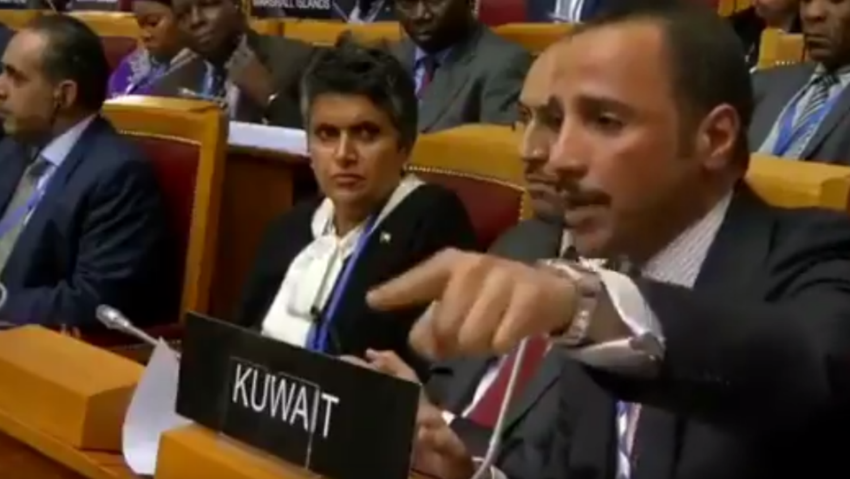 An Israeli delegation taking part in a conference in the Russian city of St Petersburg was forced Wednesday to leave the gathering after speaker of the Kuwaiti National Assembly accused them of being ‘child killers’.

“You should take your bags and leave this hall. Leave now if you have an atom of dignity…you occupier, you child killers,” said Marzouk al-Ghanim in his speech at the Inter-Parliamentary Union Conference.

The Kuwaiti official whose speech went viral on social media also referred to the delegation as “representation of the most dangerous form of terrorism; state terrorism.”

The speech received applauses and galvanized Arabs across the Arab region.

Azzam Al-Ahmad, the head of the delegation of the Palestinian National Council at the IPU commended the speech, saying that “Ghanim’s words shine a light on the wounds Palestinians have suffered.”

“Honestly, Marzouq al-Ghanim represented Kuwait in the best way, to the point that his political rivals agreed with him,” said one user.