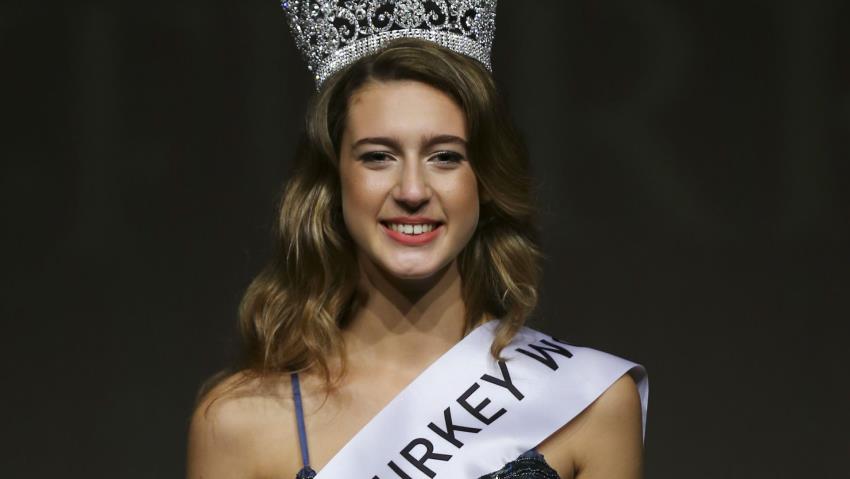 Turkey’s 2017 beauty queen was stripped of her title Friday after competition organizers found her author of a tweet judged offensive to the martyrs of July 2016 failed coup.

Itir Esen, 18, will not represent Turkey at world beauty pageant competition in China, few hours after winning the national competition on Thursday in the city of Istanbul.

The national beauty contest organization said it unanimously decided to take the title away from her over a July reckless tweet in which the lady compared her period menstruations to the blood of over 200 people who lost their lives in opposing July 2016 military coup against Turkey’s President Erdogan.

Turkey in July held memorials for the victims on the first anniversary of the July 15 failed coup.
“I got my period on the morning of the July 15 martyrs’ day. I’m marking the day by bleeding as a representation of the martyrs’ blood,” Esen is quoted as saying in her tweet remark on July 15.

She denied she is owner of the account but Miss Turkey organization in a statement confirmed the tweet was hers and noted that they realized this hours after the contest.

The committee has handed the crown to the first runner-up Asli Sumen who will represent Turkey in November at the world contest in China.

Esen, a university student and model said she meant no political message in her post.

The 18-year old is the first Miss Turkey to be stripped of her title.

The 2015 beauty queen was sued for insulting Erodgan on social media. She was handed 14-month jail sentence last year but the court allowed her to go scot-free on conditions that she does not commit same offense within the next five years, report say.