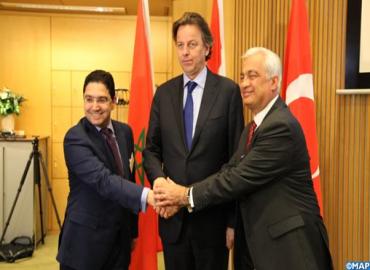 The Global Counterterrorism Forum (GCTF) Wednesday in New York agreed to extend for two years the co-chairmanship of Morocco and the Netherlands, for their leadership roles at the head of the forum made of 29 countries and the European Union.

The Ministerial Plenary Meeting of the forum agreed to prolong both countries’ leadership roles by two years, the GCTF announced on its website.

Morocco in May last year replaced Turkey and the Netherlands took over from the US in October 2015.

The North African country has proved to the world its effective counterterrorism approach, and its rich experience in the fight against foreign fighters.

Endowing itself with one of the world’s most efficient counterterrorism agencies, namely the Central Bureau for Judicial Investigations (BCIJ), Morocco has emerged as a leading global partner in the fight against terrorism.

The GCFT has this year adopted two new framework documents; the Zurich-London Recommendations on Preventing and Countering Violent Extremism and Terrorism Online and the Antalya Memorandum on Good Practices on the Protection of Soft Targets in a Counterterrorism Context.

The Forum also pledged new initiatives to address the Nexus between Transnational Organized Crime and Terrorism, Homegrown Violent Extremists, and the Challenge of Returning Families of Foreign Terrorist Fighters.