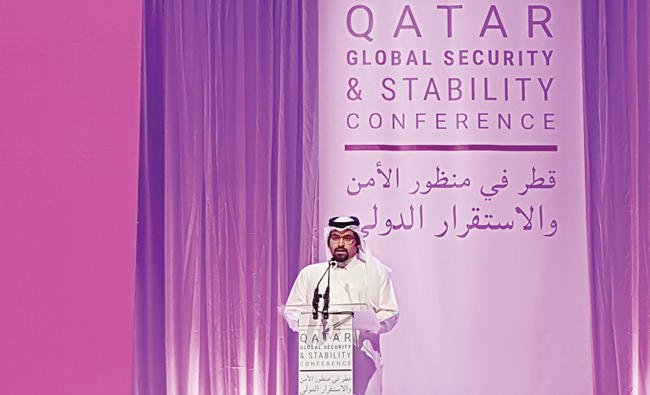 “It would be hugely detrimental for Qatar to continue down the path that they’re going right now,” said Gen. Chuck Wald, former deputy commander of the US European Command.

“I think the United States at some point is going to have enough of it and say, ‘we’re leaving’.”

The Saudi-led side had lobbied Washington to remove the military base hosting around 10,000 US forces. Al-Udeid base is the largest US military base in the region.

Qatar’s rapprochement with Iran is part of the causes behind the Gulf crisis.

The former US official noted that Saudi Arabia, which was the location of the military base, could be chosen to recuperate the facility. Wald also noted that the UAE and Jordan could be picked to host the US largest contingent in the region.

Another former US defense official Dov Zakheim – a US-Israeli citizen and chairperson of the Jewish Religious Equality Coalition, noted that Washington might not accommodate with Qatar’s strong ties with Iran.

“Qatar for a long, long time has tried to punch very much above its weight: This idea that they’ll talk to everybody and anybody,” he said.

“The trouble with trying to do that is that when you’re dealing with Iran you’re playing with fire”.

“There is nothing that guarantees that we will permanently stay in Al-Udeid,” he said.

Zakhiem, a harsh critic of Iran, reportedly took part in the negotiations for the establishment of the Al-Udeid.

The London conference, also known as a conference of exiled Qatari opposition, is organized by businessman Khalid al-Hail who is said bankrolled by the UAE.