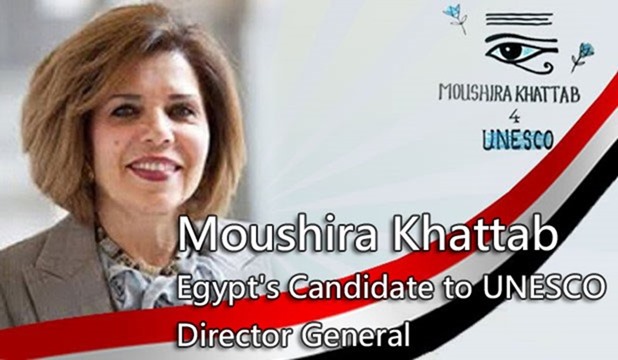 Moushira Khattab is a human rights activist and former Minister of Family & Population and former ambassador.

Khattab boasts a large experience in the UN system. She was confirmed country’s candidate last year by the Prime Minister.

The Egyptian candidate will face eight other contenders including Hamad bin Abdulaziz Al-Kawari from Qatar, Qian Tang from China and Audrey Azoulay from France.

The election of the future Director-General will take place next month during the UNESCO Board’s 202nd session.