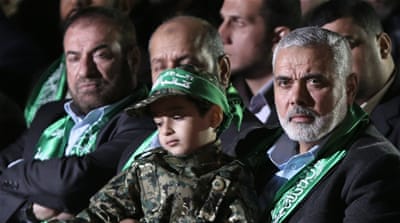 Hamas, the ruler of Gaza Strip, Monday welcomed decision by Togo to cancel October-scheduled conference between African countries and Israel saying that the move is “a victory for humanitarian values and its defenders.”

The West African country, embroiled in political crisis, announced it was postponing sine die the event that was to take place in the capital Lome October 23-27.

The Togolese President Faure Gnassingbé informed Israel of the decision.

The growing political tension between the establishment and the opposition, which is challenging the President’s legitimacy, and the pressure from Arab countries and the Palestinian Authority led to the cancellation, Israeli media Haaretz reports.

Izzat Al-Risheq, a member of the Hamas political bureau tweeted that “the summit’s cancellation is a victory to the accumulated African efforts against all the injustice, racism, fascist regimes represented by the Zionist state”.

The Hamas leader also hailed the Palestinians’ defenders for their pressure.

Israel did not elaborate on the cancellation except noting that both countries concurred on the decision.

The summit was expected to gather around 40 Heads of State, but was boycotted by most North African countries plus South Africa, which announced that it would not take part.

Prime Minister Benjamin Netanyahu who has embarked on diplomatic frenzy on the African continent has intensified relations with African countries and hoped to break Israel’s boycott at the international front due to the continued colonisation of Palestinian territories.