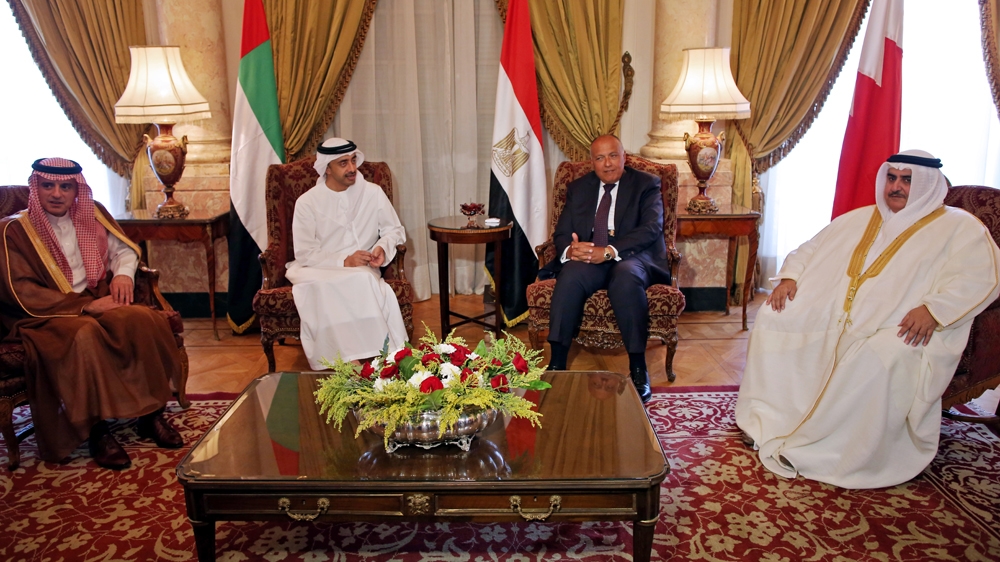 Saudi Arabia, United Arab Emirates (UAE), Bahrain and Egypt have denied they mulled military action against Qatar in the lingering crisis between them and the tiny gas-rich country.

A statement issued by the four Thursday came on the heel of a statement by Kuwait’s ruler Sheikh Sabah Al-Ahmad Al-Sabah who said from Washington “What is important is that we have stopped any military action.”

“The Quartet regrets what the Emir of Kuwait said about the mediation succeeding in preventing a military intervention. (The Quartet) stresses that the military option was never — and never will be — an option in any way,” the Saudi-led side said.

The Kuwaiti ruler has been playing a mediation role between the opposed sides. He was in Washington to seek US support in defusing the crisis.

Qatar has been embroiled in a crisis with the quartet since June 5 after the four busted air, sea and ground links with Doha that they accuse of supporting terrorism.

Doha has vehemently denied the charges and has pointed out that it is victim of a smear campaign.

The boycotting countries have issued a list of 13 demands including shut-down of Doha-based Al Jazeera network and reduction of the diplomatic ties with Iran before thawing ties.

Shortly after the meeting between Trump and the Kuwaiti ruler, the top Qatari diplomat noted that Doha “will not enter into negotiations with pre-conditions”.

The self-called Anti-Terror Quartet (ATQ) slammed Doha’s behavior pointing out it is not serious about the demands.

Tuesday, Saudi foreign minister Abdel Jubeir told reporters in London that the quartet anticipated the stalemate will hold for some time. If the Qatar crisis continued for another two years “so be it”, he said, adding that the four could press additional sanctions against Qatar.

“We are ready for the continuation of the crisis with Qatar… we will decide whether there are other sanctions on Doha, according to the circumstances,” Jubeir said.