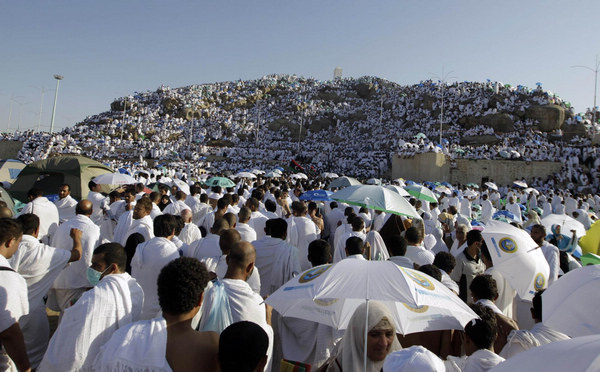 Saudi Security forces have arrested a group of men posing as women trying to intrude into Mecca city to perform Hajj.

Local security forces in the city of al Taif, near Mecca, stopped early this week the men who were without the Hajj permit.

“Al Taif police forces blocked a group of men who were disguised as women from entering Mecca. They were led by a group of people whose names will not be made public for now,” a Taif security chief told Al Marsad newspaper.

Similar attempts have been thwarted this year.

The pilgrims have to produce a permit giving them access to the holy sites.

More than 472,000 people have been turned back at the Hajj various entry points over fake documents and other illegal elements.