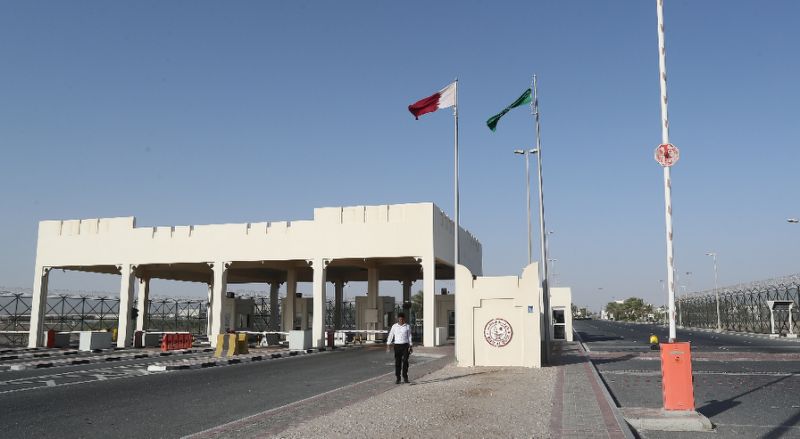 Saudi Arabia in June closed its Salwa border with Qatar after the kingdom along with Bahrain, United Arab Emirates (UAE) and Egypt severed ties with Qatar, accusing it of sponsoring terrorism and endangering their national security.

The border reopening was proposed by Crown Prince Mohamed bin Salman after he met, for the first time since the beginning of crisis, with a Qatari official; Sheikh Abdullah bin Ali bin Abdullah bin Jassem Al Thani in Jeddah, Saudi media reported.

Qatari pilgrims will be allowed to cross into Saudi Arabia and converge to the holy sites.

The King also gave directives that Saudi Airlines planes be sent to Doha airport to bring Qatari pilgrim as his expenses.

Qatar officials have not responded to the Saudi Monarch’s invitation yet. Doha had earlier accused Saudi Arabia of dragging the religious ritual into the crisis.

Saudi Arabia last month allowed Qataris to perform Hajj and Umrah but under certain conditions including approval by Riyadh of the planes to carry the pilgrims. Authorities have banned Qatari planes from their airspace.

The committee appealed to the UN to intervene but Saudi Arabia warned that internationalizing the Hajj crisis would be a declaration of war.