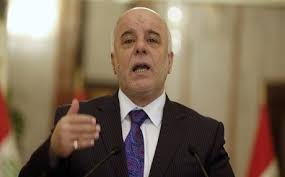 The Iraqi Prime Minister has once again refused to join the Saudi-led bloc in the regional diplomatic row opposing Qatar and its neighbors.

The Iraqi leader’s “no” came during a meeting with Bahraini Foreign Minister Sheikh Khalid bin Ahmed Al Khalifa in Baghdad.

“The Bahraini minister brought up the Gulf crisis and the allegations of Qatar’s support for terrorism and the damage it has caused Iraq,” the source added.

“Abadi expressed his desire to see a quick end to the crisis but directly told the minister he was against joining any side to the conflict.”

Relations between Qatar and its neighbors have fallen apart since June 5 after the bloc accused the tiny emirate of supporting terrorism. The boycotting countries cut air, sea and ground links with Doha.

Saudi Arabia, and UAE reportedly tried last month to drag Baghdad into the spat but Abadi pushed off their requests.