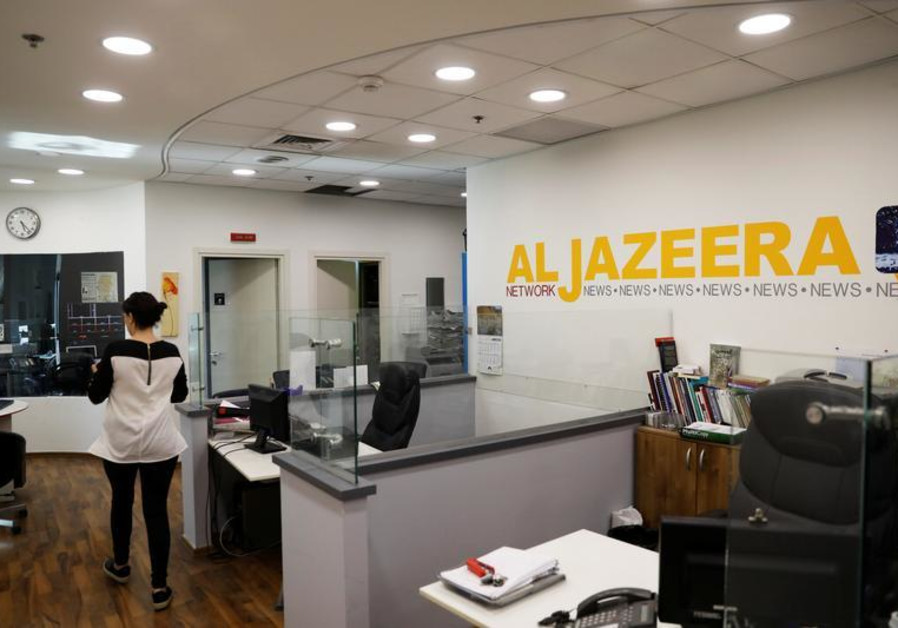 Israeli Prime Minister Benjamin Netanyahu Wednesday indicated that he would push for the shutting down of the Jerusalem office of Doha-based news network Al Jazeera, accusing the network of inciting violence in its coverage of incidents at al-Aqsa mosque.

“The Al Jazeera network continues to incite violence around the Temple Mount,” he wrote in a Facebook post using the Jewish term for the Haram al-Sharif compound.

“I have appealed to law enforcement agencies several times to close the Al Jazeera office in Jerusalem. If this does not happen because of legal reasons, I will work to legislate the laws required to remove Al Jazeera from Israel,” Netanyahu added.

Israeli Defense Ministry Avigdor Lieberman recently laid into the network arguing that “it is not a media, not journalism, but an incitement machine.”

Al Jazeera offices in Egypt, Saudi Arabia and the United Arab Emirates (UAE) have been closed down amidst the crisis opposing these countries to Qatar. The countries, which have been boycotting Qatar, want the complete shutdown of the network accusing it of inciting protest and fomenting oppositions in the region.

Israel has been facing international pressure over its security measures at the holy site, which sparked violence between Palestinians and Israeli security forces. Israel installed e-detectors at the entrance of the al-Aqsa mosque known as the third Muslim holy site, after two Policemen were shot dead.

Palestinians, joined by the Arab and Islamic world, protested the move arguing that it changed the status quo and it heralds Israeli move towards the annexation of the holy site.

Given this alarming situation, King Mohammed VI of Morocco, in his quality as Chairman of the Al-Quds Committee, an offshoot of the Organization of Islamic Cooperation, sent a letter to the UN Secretary General António Guterres in which he strongly condemned the “unacceptable” Israeli policies and urged the international community to intervene to compel Israel to put an end to such aggression.

“I insist on the need for resolute action on the part of the international community and the influential powers to compel Israel to put an end to those practices, through which it seeks to impose a fait accompli and decide singlehandedly the fate of the City of Jerusalem – an issue which should be addressed within the context of final status negotiations,” King Mohammed VI said in the letter made public Wednesday.

Faced with mounting protests over the new security installations, Israel has removed them and Muslims in the City of Al-Quds were called to perform the afternoon prayers this Thursday in the Al Aqsa mosque.