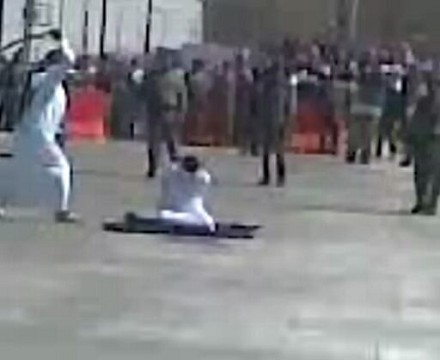 The Saudi Supreme Court has upheld death sentences against 14 Saudis for their association with a terror group responsible for several attacks in the restive Qatif province largely populated by minority Shia.

The 14 were handed death sentence by Specialist Criminal Court in an initial ruling in which 23 were put on a terror list for being members of Al Awamiya terror cell.

The men have been found guilty of carrying out more than fifty armed attacks in several areas in the Eastern Province.

Other charges pressed against the defendants also include assaults against two police stations in Al Awamiya and Qatif, a prison in Qatif, police check-points and 20 police patrols.

Authorities have also held the men responsible for more than forty attacks on commercial shops and private residences, setting an ambush to a cash-carrying van, wounding and stabbing guards and fleeing with 1.2 million Saudi Riyals, reports say.

Around 66 people have been executed so far this year in the kingdom according to London-based Amnesty International.

Saudi authorities since 2011 have been facing riots and militancy in the eastern province where the minority Shia has been complaining about marginalization.