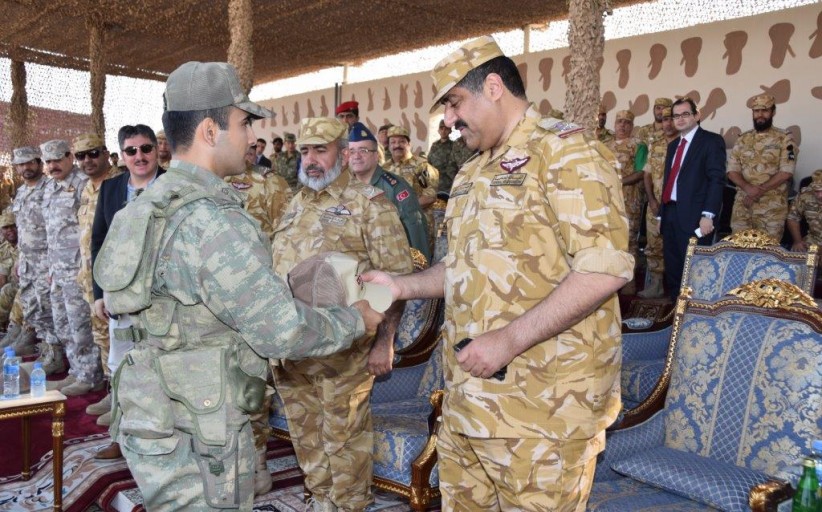 Turkey at the onset of the crisis between Qatar and its neighbors led by Saudi Arabia voted deployment of some of its armed forces at a military base in Doha.

Ankara said the military deployment was in line with an agreement signed in 2014 between the two countries.

“This defense cooperation between Doha and Ankara is part of their common defense vision to support anti-terrorism efforts and maintain security and stability in the region,” a statement by Qatar’s Armed Forces said.

The Qatari army also announced that training has been going on since June 19, few weeks after Saudi Arabia, United Arab Emirates (UAE), Bahrain and Egypt severed ties with Qatar and enforced sea, air and ground blockades.

The boycotting countries handed to Qatar a list of 13 demands to fulfil before they normalize ties with Doha. The demands include suspension of the military cooperation with Ankara.

Ankara tossed the demand aside saying that ending of the military agreement is not part of its agenda.

Some 1,000 Turkish forces are expected to join the military training.