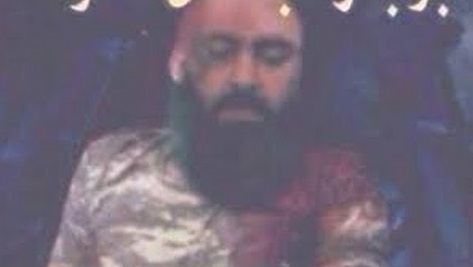 The killing of Abu Bakr al-Baghdadi, leader of the Islamic State, has been confirmed by Ali Shirazi. The representative of Iran’s Supreme Leader Ayatollah Ali Khamanei’s to the Revolutionary Guards – Quds Force was speaking to online news site Asr-e Iran when he stated that the death of the extremist group’s caliph has been verified “through multiple channels” and can affirm that “terrorist Baghdadi is definitely dead.”
Shirazi’s statement came two weeks after Russians claimed that they killed Abu Bakr Baghdadi alongside Abu al-Khadji al-Mysri, Ibrahim al-Naef al-Khadj and Suleiman al-Shauah in an air raid on a high-level meeting of Islamic State leaders on the southern outskirts of Raqqa in Syria. The Quds Force is in charge of operations outside Iran’s borders by the country’s elite Revolutionary Guard Corps. The Russian military carried out the attack on May 28 but only announced it a fortnight ago after verifying it “through various channels.”
ISIS has not yet commented on the matter. A video footage or audio of Baghdadi is yet to be released to deny the Russian claim which has prompted Senator Ozerov of Russia to think that “this information is close to 100%” accuracy.
There have been numerous claims by the U.S.-led air campaign of eliminating the ISIS leader before he usually resurfaces again. Pentagon has refrained from denying or confirming Russia’s claim of killing Baghdadi. Colonel Ryan Dillon nevertheless noted Baghdadi “will not be able to influence what is going on now in Raqqa, Mosul, or ISIS in general due to the enduring losses” while admitting that have “no concrete evidence of whether he is alive or dead.”
Elsewhere, Russia, Turkey and Iran are working on finalizing de-escalation border zones in Syria ahead of the next talks in Astana.