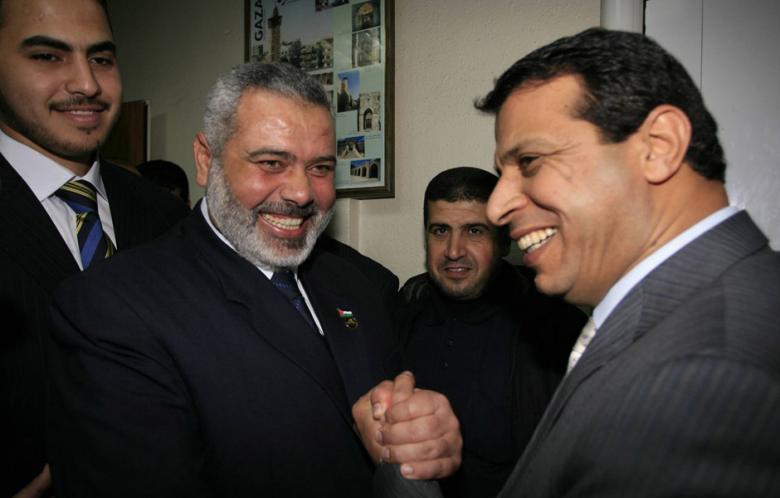 A leaked document entitled ‘A National Consensus Document for Trust Building’ has been published by the pro-Fatah Ma’an news agency highlighting that Hamas and Muhammad Dahlan have reached an agreement to appoint Dahlan as the Head of Gaza’s government following talks in Cairo.

Dahlan is a renowned member of the Fatah leadership and a strong critic of President Mahmoud Abbas of the Palestinian Authority (PA).

The document, which contains 15 articles and is geared towards ending the issues affecting Palestinian reconciliation, also focused on resolving issues that have arisen during Hamas and Fatah’s more than a decade-long feud.

The authenticity of the document is yet to be ascertained and neither Hamas nor Dahlan have commented on the leak.

The agreement was reportedly reached between Yahya Sinwar of Hamas and Dahlan during Egypt-sponsored talks that were aimed at countering the PA. Dahlan would head the government in the Gaza Strip while Hamas oversees the Ministry of Interior according to the deal.
Analysts observed that the agreement is a sort of a compromise between the two parties eyeing the PA led by Abbas as the enemy and that the reunification of their efforts is necessary to achieve their goal.

Dahlan, being a fierce former opponent of Hamas’ rule in Gaza following its success in the 2006 elections that threw Fatah and Hamas in a protracted internal conflict, seemed like an unlikely political ally for Hamas. He has also become a controversial figure in the Fatah camp over the past decade.

In the latest developments surrounding Gaza, the Israeli army “targeted two military infrastructures” belonging to Hamas “in response to projectile fire that hit near the Sha’ar Hanegev Regional Council.” The rockets were claimed by an unknown group but Israel holds Hamas responsible for any attack originating from Gaza.