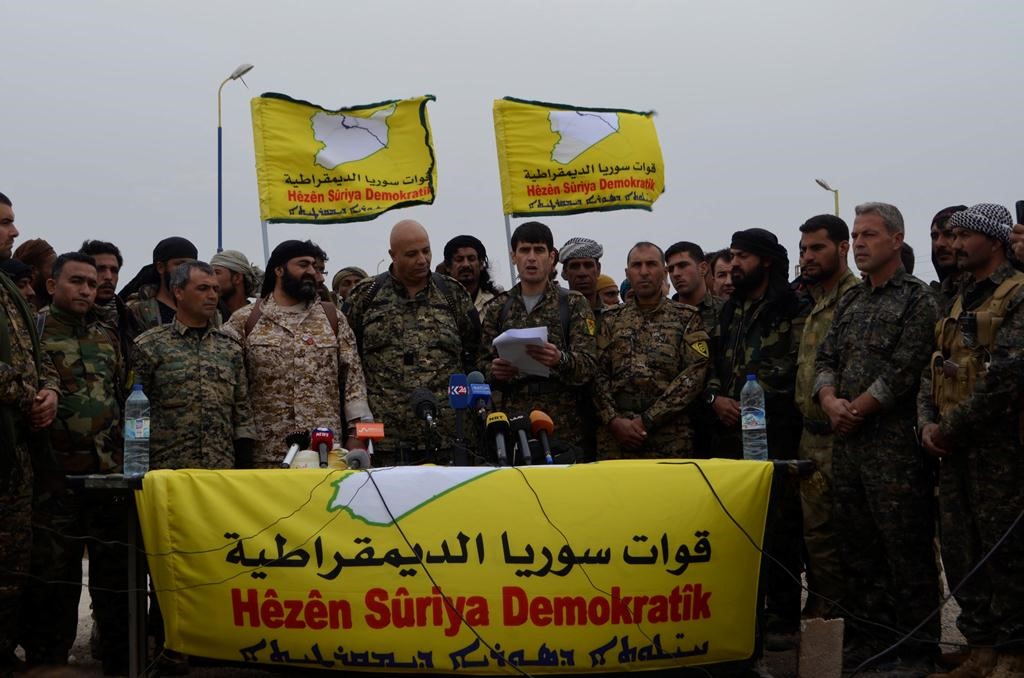 The Syrian Democratic Forces (SDF) is preparing to launch an assault on the Islamic State’s capital in Syria and its political official, Rezan Hiddo, hinted that it could begin as early as Tuesday after stating on Monday that it will come “within hours.” It seems as if heavy motorized artillery will be used in the battle as militants of the rebel group have been repairing the bridges across the Euphrates River in preparation for the assault.
Raqqa serves as the de facto capital of the extremist group in Syria and it is deemed as the most important city after Mosul in Iraq. Raqqa is Being Slaughtered Silently, an activist group, reported that the city was on artillery fire for more than two hours on Monday. Hiddo stated they attacked the city from three directions without going into details.
The Syrian Observatory for Human Rights has reported that there have been casualties as civilians trying to flee the clashes were killed by a U.S-led coalition airstrike. At least 21 people have been killed. SDF is backed by the coalition and its offensives enjoy the aerial support of the warplanes.
Syria’s conflict erupted in March 2011 with widespread protests against the regime, but it has since morphed into a multi-front war that has left 320,000 people dead. Numerous efforts to end the hostilities between the warring parties have not been fruitful.
However, the state-run Syrian Arab News Agency reported that President Putin of Russia discussed with his Turkish counterpart, Recep Tayyip Erdoğan, to make the implementation of the de-escalation zones memorandum in Syria effective. A statement released by Kremlin stated that the telephone discussion was part of continued efforts to reach a solution in the war torn country. Meanwhile, the Astana talks that led to the determination of the de-escalation zones is expected to kick-off its fifth round next week.