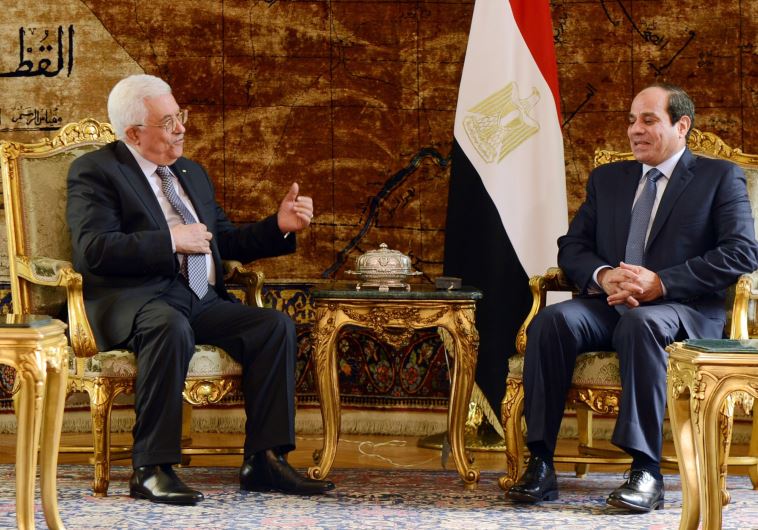 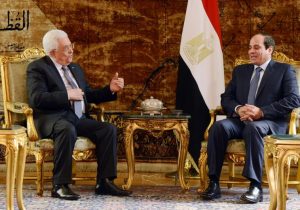 Palestinian President Mahmoud Abbas met with Egyptian President Abdel Fattah al-Sisi in Cairo for discussions reportedly centered on the expansion of illegal Israeli settlements on occupied Palestinian territories and general developments in Palestine ahead of the Arab Summit scheduled to take place at the end of the month in Amman where the Palestinian Cause is always upheld.

The two leaders discussed plans to bolster the significance of the UN Security Council Resolution 2234 which considers the expansion of Israeli settlements in the occupied territories as illegal. Following the approval of the decision by UN, the Israeli parliament adopted a bill in February retroactively legalizing around 4,000 settler homes built on privately-owned Palestinian land in the occupied West Bank. The bill grants the original inhabitants of those lands financial compensation or alternative land. The decision was condemned by Egypt, describing it as hindering the peace process in the Middle East.

Egypt has been trying to bridge the differences between Palestine and Israel. President Sisi thinks that there is a “real opportunity” for peace to prevail and his Foreign Affairs Minister Sameh Shoukry said Cairo is committed “to supporting a just, comprehensive and sustainable resolution to the Palestinian-Israeli conflict”. President Sisi is planning to discuss the conflict with US President Donald Trump during his visit to the White House in April.

Differences between Israel and the Arab World are often tense ahead of the Summit and Qatar has added its voice to the long standing conflict.

In a speech delivered by its Permanent Representative to the United Nations Office in Geneva, Ali Khalfan Al Mansouri, Qatar tagged the Jewish State as an occupying power that is not supportive of the two-state solution. It also pointed out that Tel Aviv continues to blatantly ignore UN resolutions and international laws as well as obstructing a peaceful solution to the conflict by committing crimes against the Palestinian people.