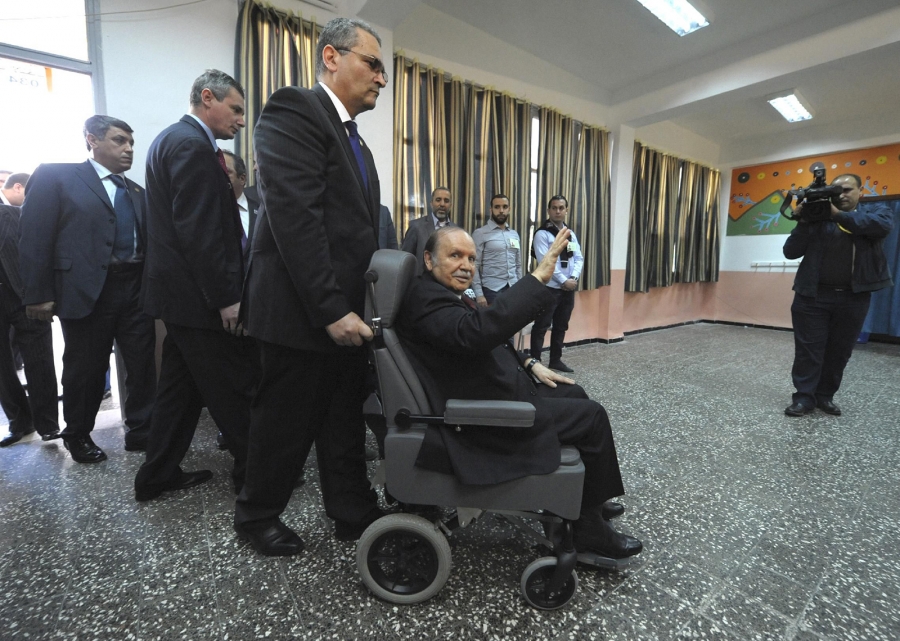 The Algerian presidency announced Monday the cancellation of German Chancellor Angela Merkel’s visit to Algeria because President Abdelaziz Bouteflika was suffering from a bronchitis and could not receive the German leader.

Algerian and German authorities have mutually agreed to postpone the official visit to Algeria of the Chancellor, the presidency said in a statement, explaining that the postponement is due to the fact that President Bouteflika “is temporarily unavailable due to acute bronchitis.”

Angela Merkel’s office also issued a statement saying that “the Algerian government at last minute asked that the visit be called off and Merkel had accepted this.”

The Algerian leader has been sick since 2013 after he suffered a stroke. He has since then been glued to a wheelchair and has been making rare public appearances.

Despite public calls to step down in 2014 over his health deterioration, the 79-year old man defied the opposition and “won” the presidential election for another five-year term.

Figures in his entourage and in the ruling party rumored his potential candidacy for the 2019 election.

Critics have claimed the country has been in bankruptcy due to his inability to rule.

The German Chancellor’s visit was part of Berlin’s efforts to fight illegal migration and cooperate with North African countries Algeria, Tunisia and Morocco to accelerate the repatriation of citizens of these countries denied asylum in Germany.