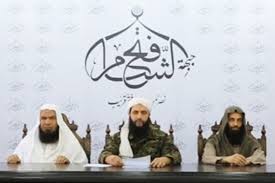 In a desperate plea to save Aleppo from “total destruction,” UN Special Envoy for Syria Staffan de Mistura warned that at the ongoing rate of airstrikes, the situation could be worse than “Homs multiplied by 50.”

He said he is ready to lead the extremist rebel group Jabhat Fateh al-Sham, previously called al-Nusra Front before it changed its name and separated from al-Qaeda, out of the city to save its estimated population of 275,000.

“If you did decide to leave in dignity, and with your weapons, to Idlib or anywhere you wanted to go, I personally am ready physically to accompany you,” the special envoy stated at a press conference in a message directed at the group. He also stressed that Damascus and Russia should not use the presence of the rebels in the city as “an alibi perhaps for destroying a whole city.” Around 900 of the 8,000 fighters in eastern Aleppo are estimated to be members of Jabhat Fateh al-Sham.

De Mistura warned that if the airstrikes are not stopped, the world could witness genocide like that of Srebrenica and Rwanda because “thousands of Syrian civilians, not terrorists, will be killed and many of them wounded.”

Meanwhile, the Syrian forces in their latest offensive after the breakdown of the Russia-US negotiated ceasefire have taken over two more areas in Aleppo as clashes continue in other parts of the city.

The Syrian war slowly became a regional affair with several Arab and Western countries rallying behind the opposition forces against the Assad regime but the situation has now been limited to a geostrategic battleground between the world’s two superpowers, the United States and the Russian Federation.

US suspended its cooperation with Russia due to frustrations to reach an agreement over implementing a truce at the beginning of the month. Lately, a Russian defense ministry spokesman Igor Kamashenkov warned that Russian military bases in Syria could use their “S-400 and S-300 air defense systems, the range of which may come as a surprise to unidentified flying objects.” The statement is considered by analysts as a warning to the warplanes and drones of the US-led military campaign flying over Syria.