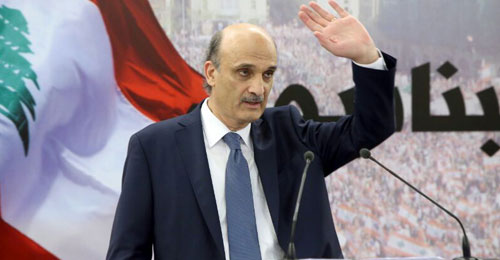 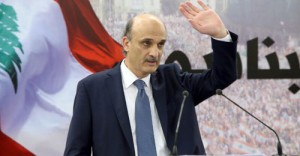 Aspiring Lebanese presidential candidate Michel Aoun of the Free Movement Party edged a step closer to his ambitions after the Lebanese Forces (LF) Party headed by Sami Geagea declared his support to his candidacy.

Geagea and Aoun head the two largest Christian parties in Lebanon and their combined support is considered as essential but it doesn’t guarantee Aoun the presidency as he still needs the support of other parties in parliament. Aoun is backed by the March 8 alliance that enjoys the backing of Hezbollah and the influential Amal Movement led by Parliament Speaker Nabih Berri.

The LF leader used to be a member of the March 14 alliance but is believed to be have been angered by Saad al-Hariri’s initiative to pick Suleiman Franjieh, leader of the Marada Movement, as the presidential nominee of the coalition. Franjieh reaffirmed his candidacy on tweeter saying “I am still a candidate to the presidency of the republic.” he also paid a visit to Maronite Patriarch, Cardinal Mar Beshara Boutros Rahi, in Bkerki.

Geagea said that his party decided to support Aoun after “thorough assessment” and that it considered the decision as “an extraordinary solution” that will help fill the presidential vacuum which has “crippled state institutions and almost led to the country’s collapse.” He urged the rival March 14 alliance to adopt Aoun’s nomination.

Aoun welcomed the move as a “historic day.” The two political leaders were wartime enemies in the 1975 to 1990 civil war.