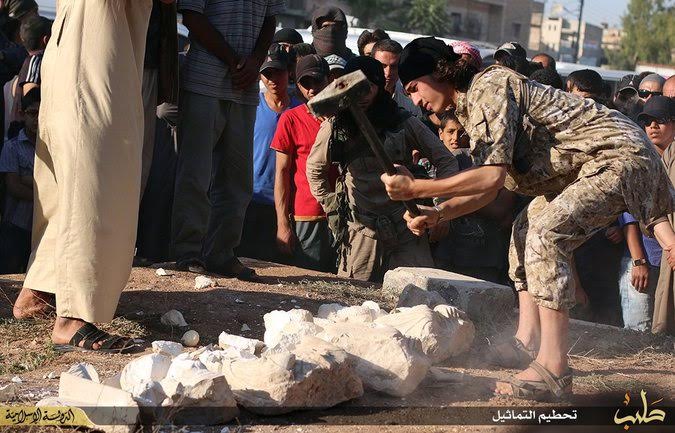 The ongoing ‘jihad’ of the militants of the Islamic State (IS) against cultural artifacts and infrastructure considered as idolatrous, with some dating back to more than two millenniums such as the 2,700-year-old Assyrian capital of Khorsabad, has raised concerns after the United States Federal Bureau of Investigations (FBI) warned that it has “credible reports” that some of the items have become part of the antiquities trade.

The claims could be surprising considering that IS in its videos have shown its members devotedly destroying some antiquities despite multiple condemnations from the U.N cultural agency UNESCO which has labeled the destruction of the Roman-era Baal Shamin temple in the ancient Syrian city of Palmyra a war crime.

The extremist group is present in Syria and Iraq and has taken over several historical sites before vandalizing them but according to the FBI, some of these artifacts have surfaced in western marketplace where their monetary value is high after passing through the black market.

Oil refineries under the control of the Islamic State are a source of revenue for the group and the sale of artifacts could be another lucrative venture.

FBI’s Art Theft Program manager, Bonnie Magness-Gardiner, said “what we’re trying to say is, don’t allow these pieces that could potentially support terrorism to be part of the trade.” The FBI has “credible reports that American citizens have been offered cultural property that appears to have been removed from Syria and Iraq recently.”

Last month, the United States handed back to Iraq antiquities it said had been seized in a raid on ISIS fighters in Syria, saying the retrieval was proof the group was attempting to sell the items to raise cash.