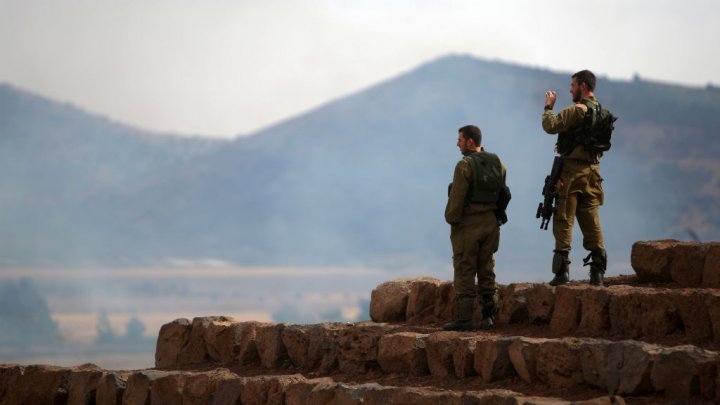 The Israeli military has released a statement claiming that an Iran-sponsored extremist jihadist group targeted a village with two rockets but there were no casualties.

The group known as Islamic Jihad has most of its followers in Gaza but its leaders are based in Damascus, Syria. It had previously threatened reprisals should one of its activists in Israeli detention, Mohammed Allan, die of a hunger strike.

The two rockets landed near a northern village in Upper Galilee close to the border with Lebanon. Israel stated that the rockets were “launched from the Syrian Golan Heights…by Islamic Jihad, sponsored by Iran” but it held the “Syrian government” responsible because the attacks originated from Syrian territory.

Gaza based Dawoud Shebab, a spokesman for Islamic Jihad, denied any responsibility of the group in the attack and claimed that “Israel is trying to divert attention from the defeat it suffered in the face of the determination of the hero prisoner, Mohammed Allan” who ended his hunger strike on Wednesday after an Israeli court suspended his arrest warrant.

The Israeli military has already retaliated to the Thursday attack and the Syrian State TV confirmed that a transportation center and a public building in the Quneitra area close to the border with Israel were hit with “several missiles” causing material damage.

Syrian rebel sources said some of Damascus’s military facilities on the Golan were also targeted while a monitor claims that there were casualties.

Tehran has not reacted to the allegations that it is supporting the Palestinian extremist group.

The Lebanese Israeli border has been calm since the end of the 2006 war between Hezbollah and Israel but that of Syria has experienced cross border firing since the war began.